Observing the rise in popularity of premium, small-batch or single-barrel bourbons, Montage International Founder, Chairman and CEO Alan J. Fuerstman felt the time was right to introduce an exclusive product to guests of Montage Hotels & Resorts.

To create the custom bourbon, Fuerstman singled out one of the top producers in the country: Kentucky’s Heaven Hill Distillery, the largest independent, family-owned and operated producer and marketer of distilled spirits in the country. The company is home to an award-winning collection of American whiskeys including Elijah Craig Small Batch Bourbon, Larceny Bourbon, Evan Williams Bourbon, Pikesville Straight Rye Whiskey, Rittenhouse Rye Whisky and Parker’s Heritage Collection. Then it was time to create. Working with Denny Potter, a master distiller and Heaven Hill’s vice president of operations, the Montage team traveled to Heaven Hill’s headquarters outside Louisville, Kentucky, for several days of research to hand-select the premium barrels. 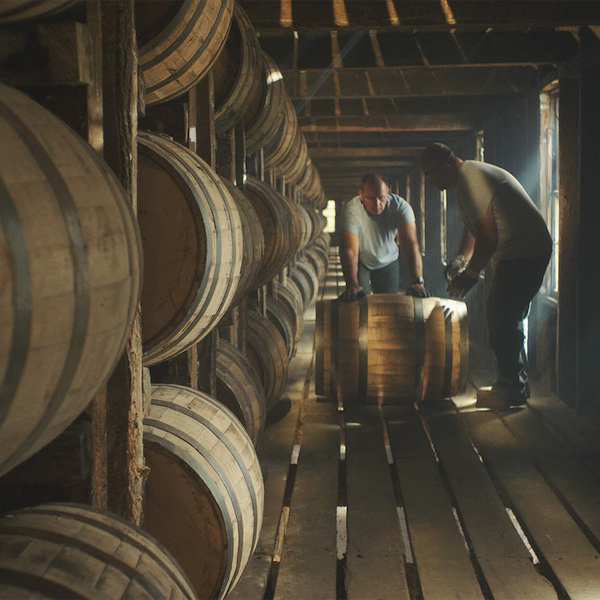 Unlike rum, gin or vodka, bourbon is governed by a set of federal regulations that tightly controls its production. “Under the ‘Rules of Bourbon,’ all straight bourbon whiskey must be distilled from a mash that includes no less than 51% corn,” Potter says. “It must age for at least two years in charred white oak barrels, and can’t include any coloring, or blending agents, making the process of creating great bourbon a true craft.” The guidelines also control alcohol content, requiring that bourbon be distilled at no more than 160 proof, barreled at no more than 125 proof and bottled at no less than 80 proof.

With all those rules, it’s a wonder that the bourbon flavor profile can include notes that range from caramel and vanilla to tobacco leaf, orange and anise. That’s where Kentucky and the skill of the distiller come in. “Everything affects the flavor of bourbon, from Kentucky’s limestone filtered water to the age of the bourbon to the barrel’s position within the warehouse,” Potter says. “It’s all about knowing how to use, and manage, those variables.”

Like a wine created from grapes of the same variety grown on different vineyards within the same estate, bourbons from various barrels and aging locations are often “batched” or mingled to create a bourbon with specific characteristics. To help the Montage team create a product based solely on taste, Potter set a blind tasting from several different barrels. “Since we did it blind, this was a unique type of tasting for the creation of custom bourbon,” Potter says. “We didn’t even tell them the ages of the bourbons they’d be tasting, which were all between eight and 12 years old.”

In the end, the group chose to batch eight-, nine- and 11-year-old bourbons, each from different warehouses within the property. “The benefit of a blind tasting is that all you know is what you taste—you’re not swayed by labels or age,” Potter says. “As I walk people through a blind tasting, most choose bourbons aged nine or 10 years as their favorites. When they know the age, they choose the 12 year old.” 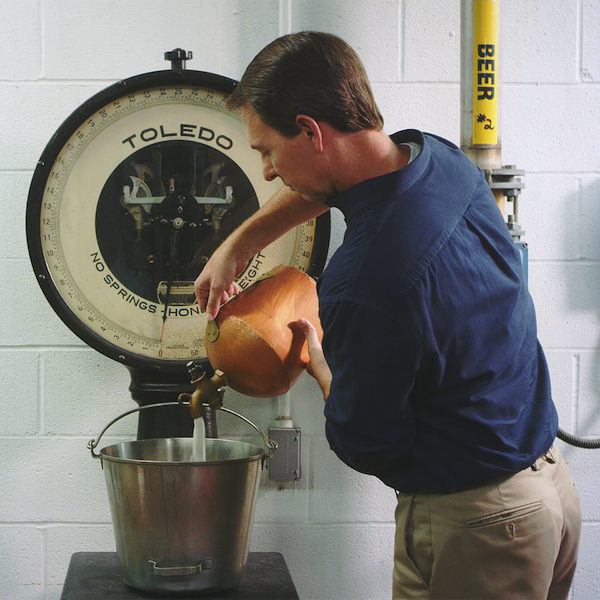 True to form, the Montage team’s favorite bourbon had been aged nine years. “Older bourbon is darker, has a stronger proof and more concentrated flavors, especially oak,” Potter says. Once the bourbons had been chosen, it was up to the master distiller to create the actual batch, which was unveiled on Oct. 23 at Robb Report’s Culinary Masters event at Montage Laguna Beach with the first bottle being auctioned off in support of the ment’or BKB Foundation. “We have a very special relationship with Montage,” Potter says. “This bourbon, and the process that went into making it, reflects that association. Only 576 bottles of this very special bourbon have been created. It’s 94 proof, so it’s got character to it, but it’s smooth, with notes of caramel and vanilla.”

Only 576 bottles of this very special bourbon have been created. It’s 94 proof, so it’s got character to it, but it’s smooth, with notes of caramel and vanilla. — Denny Potter 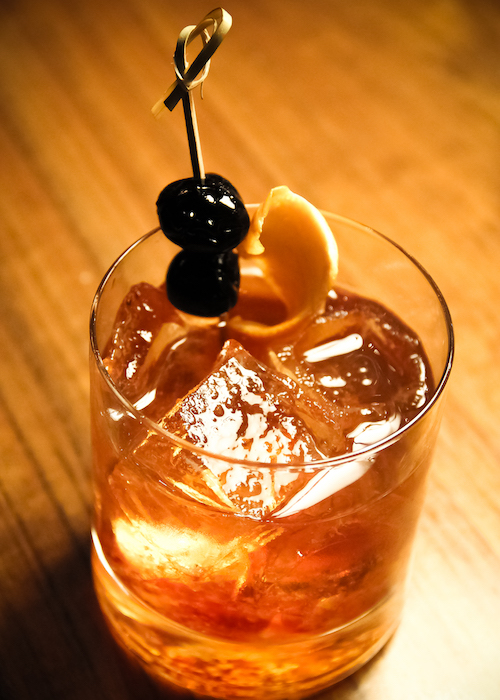 Montage Deer Valley Beverage Manager Dave Wallace was part of the team that created the Founder’s Bourbon by Elijah Craig. This drink, an updated version of a classic, compliments the complex flavors of Founder’s Bourbon.