It takes a fair bit of confidence to walk into a meeting with two of the most storied retailers in the country and convince them to buy your product. But it requires next-level moxie to do that when you haven’t yet produced a product.

Yet that’s exactly what SeaVees footwear owner Steven Tiller did when he met with buyers at Jeffrey New York and Fred Segal Los Angeles over a decade ago, armed only with old advertisements from vintage 1960s Playboy ads that illustrated the brand he was about to raise from the dead.

The brand? SeaVees, a long-lost casual men’s sneaker company that lived briefly in the 1960s. It was the kind of simple canvas sneaker that, say, Mr. Rogers or Ward Cleaver might wear. “Show up in SeaVees, the new way to go casual,” implored one Playboy ad. It was one of the early attempts at evolving sneakers from the gym to the street. But, sadly, SeaVees—originally owned by tire giant BF Goodrich and then purchased by Converse—was discarded in the wake of an antitrust settlement in 1972 when Converse was forced to unload many of the sneaker lines it had scooped up from Goodrich.

Enter Tiller in the early aughts, an apparel executive from Oklahoma living on the East Coast who helped reignite Keds and a handful of other heritage sneaker brands and had been itching for years to launch his own venture and escape to the West Coast. It was a chance encounter in Tokyo in 2005 with an unearthed pair of unknown sneakers that changed the trajectory of Tiller’s life and led to the resurrection of a once-defunct brand.

Now, nearly 15 years later, this past spring marked the opening of SeaVees first-ever retail flagship store, located at 24 Mason Street, in the trendy Funk Zone of the brand’s new hometown of Santa Barbara. The 1,800-square-foot space is the embodiment of Tiller’s lifelong Golden Coast dreams, and features key styles from the brand’s men’s, women’s and kid’s collection, including a special, limited-edition 24 Mason style created and sold exclusively at the store. In addition, the store boasts a curated collection of SoCal merchandise from brands that have inspired Tiller.

Montage Magazine caught up with Tiller at SeaVees first-ever retail location, where he played bartender for us at the store’s built-in bar, passed around those vintage Playboyads and held court, gleefully unraveling the yarn of how an Oklahoma boy convinced the family to pull up roots and move to Santa Barbara for his new venture.

Montage Magazine: When did you first encounter SeaVees?

Steven Tiller: It’s 2005. I’m a kid from Oklahoma who always wanted to live in California, always wanted to have my own brand. I spent my career rebranding and repositioning some iconic sneaker and shoe brands. Enter a secondhand store in Tokyo. I’m searching, I’m soul searching. But I’m also searching for vintage sneakers and behind glass, I find a shoe from 1964. Dead stock. Never been worn.

MM: And you do some digging and find out that it was left for dead [by Converse in the 1970s]. So how does one go about acquiring a defunct shoe brand?

ST: By the time that I found the shoe in 2005, any copyright or patent had been expired for decades. And so truly it was a race against no one. But I didn’t know that it was against no one. I thought I was racing against the world for somebody to claim it first. I just had to hire an attorney and wait for a search to be done to make sure nobody could rightfully claim that brand. So there was no purchase from anybody, no owner. 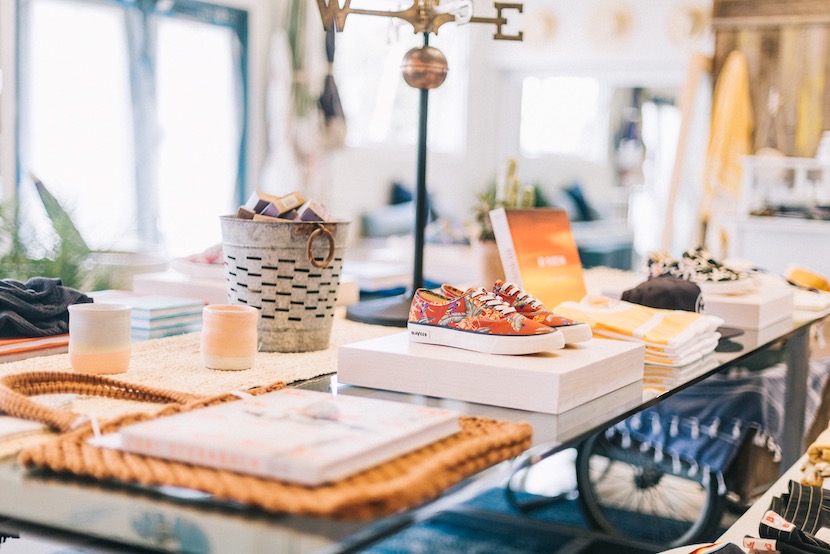 MM: How long before your next move?

ST: Now it’s 2008. I’ve been awarded global rights to the brand. I own the brand outright. And I have to fast-track product into the marketplace. So I choose two strategic beachheads—what I felt at the time were the two best merchants in America: Jeffrey in the Meatpacking District of Manhattan and Fred Segal on Melrose in Los Angeles. I convinced them with the old ads; no samples, no prototypes, just a man and his bullshit.

MM: When did you decide you were ready to really take the leap and push the brand to the next level?

ST: It’s 2011. I’ve been working out of my house in Boston for about three years and we have enough traction and enough validation that I can convince my wife to sell everything and move to California—the rightful birthplace of SeaVees.

MM: What did your wife think?

ST: She was supportive [and said], “I know you, and I know you have to get this out of your system and I don’t want you to be that guy that wishes he would have done something. If you’re ever going to do it, you should do it now.”

MM: How did your kids feel?

ST: My kids were young enough at the time. They are 18 and 16 now. If we were ever going to move it was at that time. How they feel about it now: They both work here at the store. They consider SeaVees like a sibling that’s always been there. They don’t remember life before SeaVees because they were so young.

MM: Do they wear the shoes?

ST: They wear the shoes every single day, not because they have to but because they want to, which I think is amazing because a lot of teenagers wouldn’t if their dad was doing it. 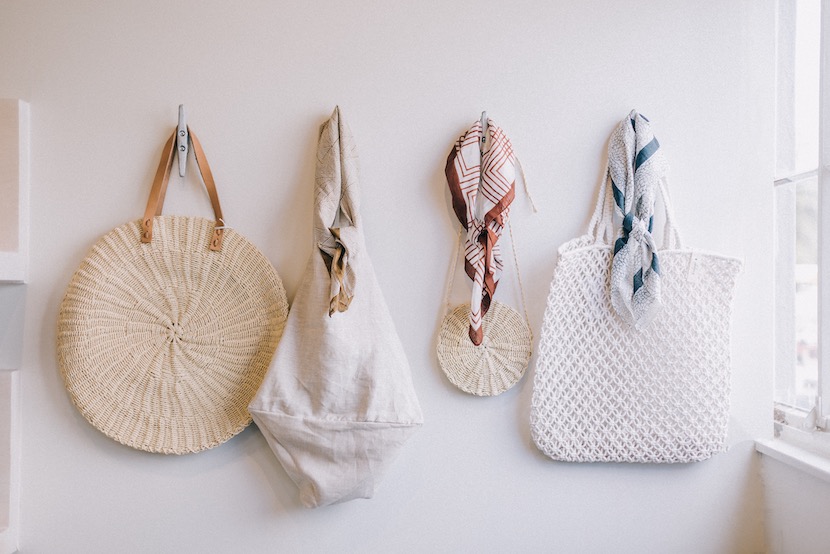 MM: You have been dreaming of this lifestyle a long time and some of your prized collections that embody it are on display in the store. Tell us about the    OP boardshorts.

ST: I’ve been collecting vintage OP board shorts for a long time, because for me in Oklahoma that item just epitomized the California dream for a kid that was in seventh or eighth grade and totally landlocked. Every single thing in here has a story. We’ve brought in not just SeaVees footwear, but surf and beach lifestyle brands to really enhance and support the overall lifestyle brands.

MM: Looking back now, does it seem like a wild ride?

ST: What I always tell people is this: When I was in that corner office in corporate headquarters that I was dying to get out of, if a wizard showed up at my door with a magic crystal ball and said this is what your life will look like, I would have never done it. That blind faith—it’s the only way you can jump into something.