Doubling Down on the Desert

The desert community of La Quinta sits at the base of the Santa Rosa Mountains, on the eastern edge of the Coachella Valley. It is a land of mountains, desert valleys, and natural springs, with a unique energy that Native Americans understood long before it became a getaway for Hollywood celebrities in the 1950s. While many have trekked to the desert in the decades since, the crowd is becoming younger and more diverse, according to Jeff Yamaguchi, VP of Real Estate for the Robert Green Company development firm. “For the past 40 years, people have been coming to the desert every season,” says Yamaguchi. “Now the offspring of those desert loyalists have the ability to come with their own families.”

The Robert Green Company’s new SilverRock Resort celebrates the renaissance of the wellness destination with a completely elevated take on California desert cool. Opening in 2021, the property will be a luxury destination for restoration, activity, and health, but it will also attract anyone seeking sustainability, a farm-to-table ethos, and mindfulness in the desert. 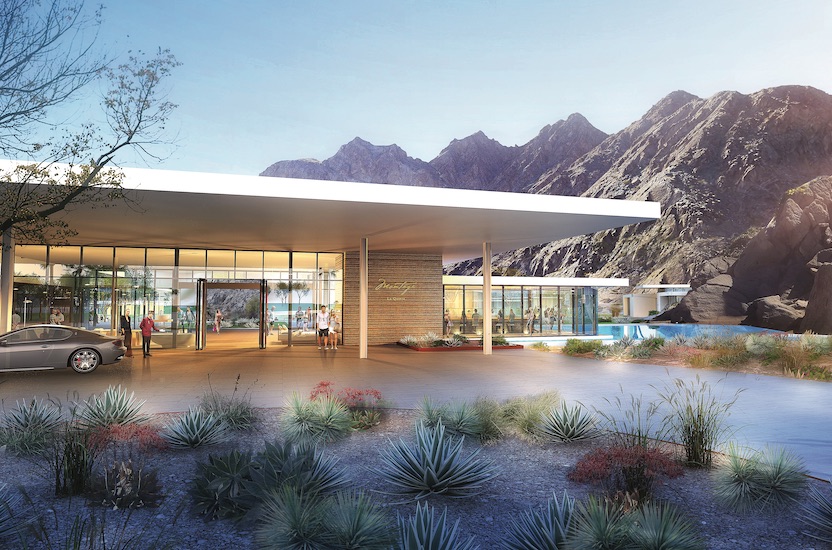 Poised to be the premier resort in the Coachella Valley, SilverRock is also the first cocreated Pendry and Montage property. “What’s great about SilverRock is that [with the Montage and Pendry], everyone can share experiences that are designed for multiple generations of the family,” says Yamaguchi.

The 525-acre resort will feature a 134-room Montage La Quinta and a 200-room Pendry La Quinta. Three types of residences will also be included (and can be placed into an optional resort-based short-term rental program): 29 Montage Residences, 66 Pendry Residences, and 10 Pendry Golf Bungalows. Tucked into the contours of the landscape, the architecture has a midcentury-modern design with plenty of open space, flat roofs, and glass to enhance the connection to the land. The understated interiors are clean and white—a neutral palette that highlights the natural surroundings.

While the resort is an outdoor oasis for personal wellness, its location is also at the heart of the festival region—walking distance from the Coa­chella Valley Music and Arts Festival and the Stagecoach country-​music festival. With the Indian Wells Tennis Garden and its BNP Paribas Open close by, it’s also a major venue for live sports, and golfers enjoy options including the Arnold Palmer Classic Course at SilverRock, once the home course of the Bob Hope Desert Classic. For adventurous types, several trails wind through La Quinta’s dunes, mountainsides, and desert landscape. Just leave time to watch the sunset—a desert specialty that is nothing short of spectacular. (silverrock2021.com)