Each year, Montage Hotels & Resorts invites young men and women who have established charitable organizations in their communities to enter a competition to win one of five $10,000 scholarships. The 2014 winners were announced in November.

Creative, dedicated, yet still in high school, these Montage Memory Makers show the tremendous positive impact of paying it forward. 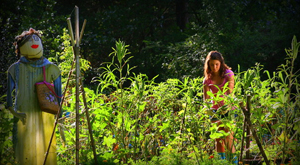 As a third grader, Katie Stagliano participated in Bonnie Plants’ cabbage program, which distributes baby cabbage plants to schoolchildren across the country. When Katie’s cabbage grew to 40 pounds she donated it to a local soup kitchen, where it fed 275 people. Eight years later, Katie is the founder and Chief Executive Gardener of Katie’s Krops, which plants and maintain vegetable gardens and donates the harvest to help feed people in need. Several years ago, the organization expanded its mission to feed the hungry through regularly-scheduled free dinners. 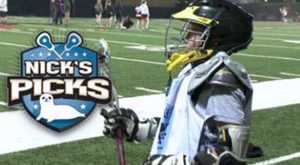 Born with biliary atresia, Nick Wallace spent much of his early life in and out of hospitals. Armed with a collection of fun and comforting items, he learned to entertain himself during those long hospital stays. Wanting to help a friend receiving chemotherapy, Nick packed a bag filled with similar gear and delivered it to the hospital, where it became such a sensation that Nick decided to find a way to deliver similar bags to other sick kids. In 2012 Nick received a liver transplant and incorporated Nick’sPicks, which provides backpacks filled with items he had used and loved during his hospital stays to other sick children.

Morgan Davidson | Be The Match 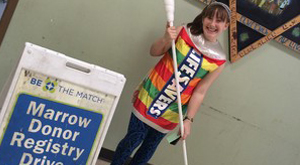 After her grandmother passed away from aggressive lymphoma in 2009, Morgan Davidson decided that she would do everything in her power to help others fight the disease. Her first event, Cuts for a Cure, raised $29,000 and recruited 25 people to join the National Bone Marrow Registry. Today, events held by the teen members of her Ambassadors for Hope Club has inspired more than 350 people to register as marrow donors through Be the Match and has raised $46,000 for City of Hope, a leading cancer research center.

Ethan Cruikshank | Music To My Ears 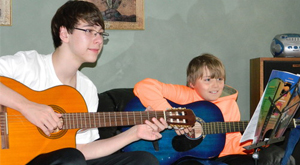 A lack of funding for music education forced Ethan, then a fifth-grader, to give up one of his favorite classes. To keep other kids from experiencing the same disappointment, Ethan formed Music to My Ears, which pairs experienced musicians in middle and high school with elementary students for weekly music lessons. Before long, the program had spread to other states and had grown in scope to provide instruments as well as instruction. 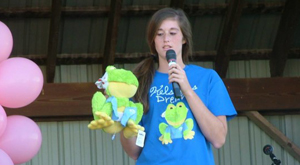 Kylie Kuhns founded Kelsey’s Dream, which makes hospital stays for children with pediatric cancer a little less scary, in honor of her sister, Kelsey, who died of cancer in 2005. The program’s mascot is Hopper the Cancer Crusher, a plush play therapy toy whose mediport helps adults explain complex procedures to their young patients. Hopper was inspired by Kelsey’s drawings. Through Kelsey’s Dream, more than 12,000 pediatric oncology patients across the US have been given a Hopper; the organization has also raised more than $325,000 for cancer research.

Find out more about these outstanding humanitarians by visiting the Montage Memory Makers homepage.