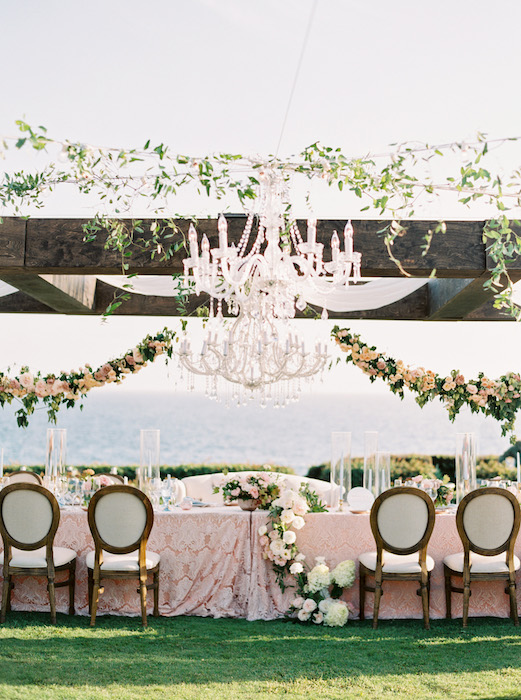 So when it was time to choose a wedding venue, they looked for a place that reflected the area’s natural beauty. They found it at Montage Laguna Beach. “Both of us had visited Montage before and thought the grounds were stunning,” Mykaela says. “It was such a gorgeous beach setting and yet so private.” 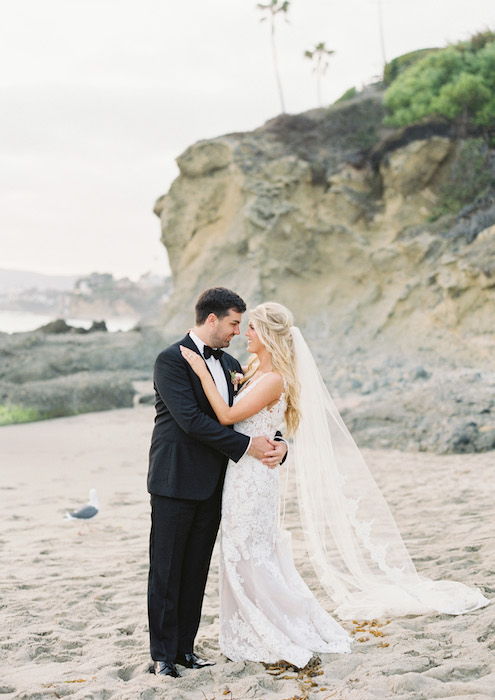 The resort matched their vision for their wedding—elegant, coastal and romantic with a subtle travel theme. “The resort created a beautiful background for our ceremony and reception,” she says. “The views are something that we couldn’t find anywhere else.”

With the help of Lovelyfest, a wedding and event planner, the couple brought unique details to their special day. 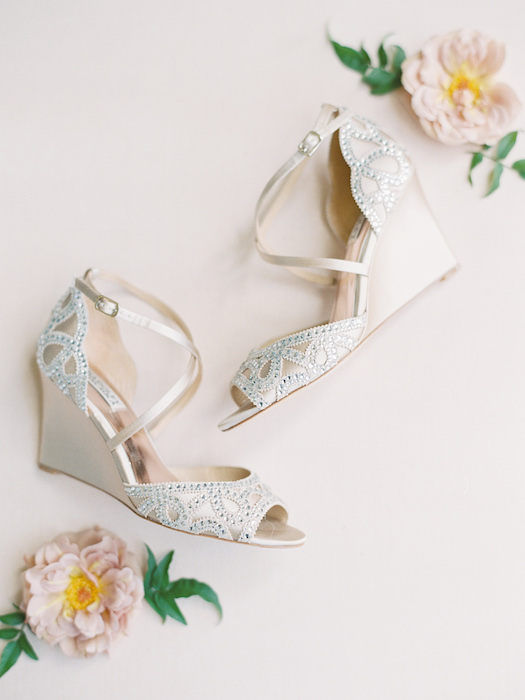 Mykaela’s father walked her down the aisle, and also officiated the ceremony. And her oldest nephew, Everett, walked down the aisle with the couple’s dog, Henley—both of them ring bearers.

“It just wouldn’t feel right not having our dog as part of thecelebration,” Mykaela says. 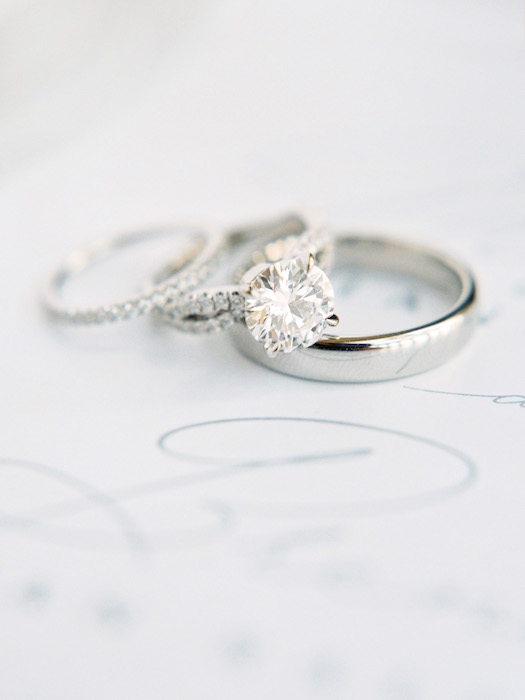 When it was time for the reception, the couple incorporated their love of travel by labeling the guest tables with a destination that they had visited together since they met in 2012. To accompany the theme, the menus were designed to look like passports with each guest’s name printed on the front. The passport menus were even more individualized to reflect menu choices: A tassel on each designated blue for pan-seared halibut, pink for filet mignon and dark pink for a vegetarianentrée.

To commemorate the special day, two signature cocktails were served—his and hers. 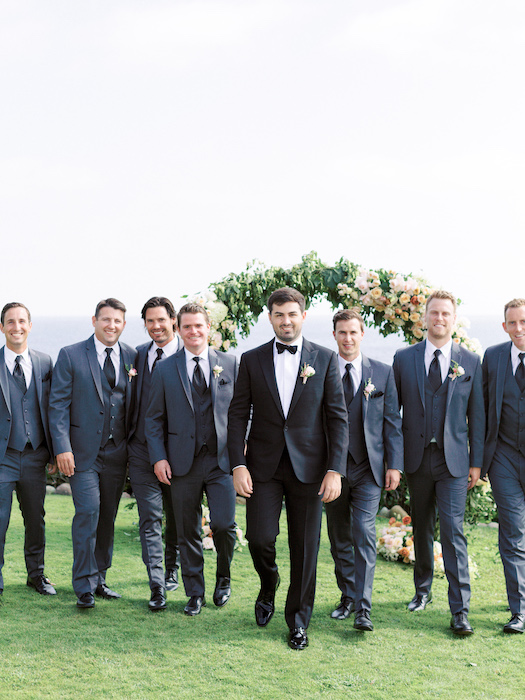 “Brendon’s family owns and runs a few local restaurants in Southern California and we wanted to include our two favorite drinks,” Mykaela says. “We chose to use ElCholo’s margarita mix and The Cannery’s Moscow mule. We were very glad that Montage worked with us to be able to include outside mixers to get the signature drinks that meant something to us.” 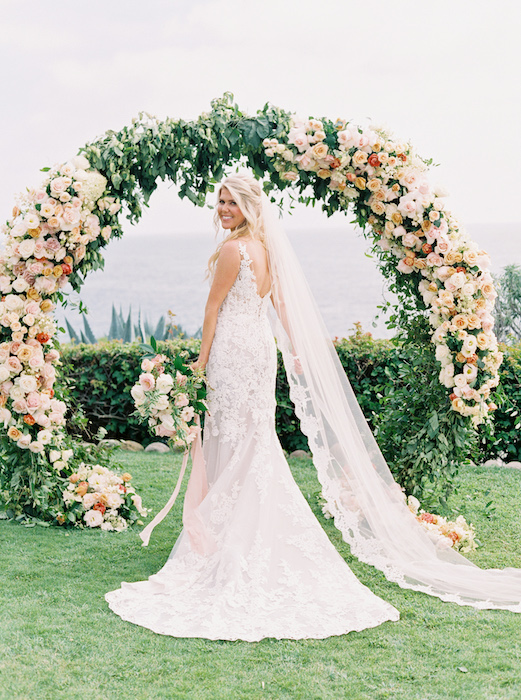 For dessert, Williams pear and blackberry crisp were served with vanilla ice cream. And when it was time to end the night, the guests moved indoors for an after-party in one of the ballrooms. 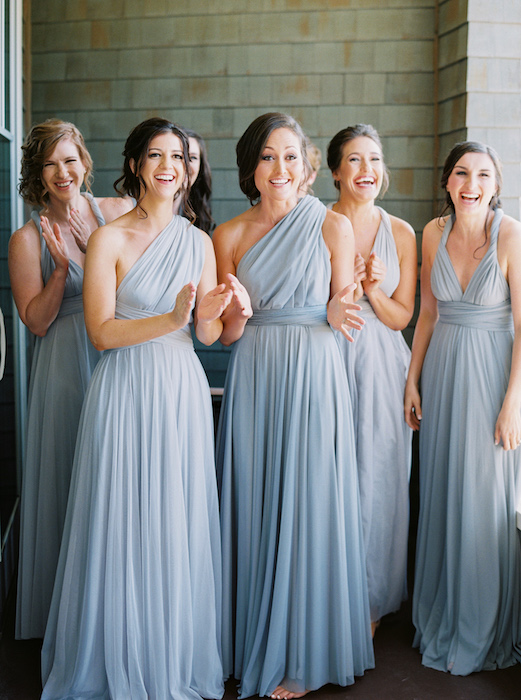 “Our favorite thing about the day was just having all of our families and friends in one spot celebrating as we officially started the rest of our lives together,” she says. “The venue, design and event was a dream come true, and we have an amazing team to thank for that.” 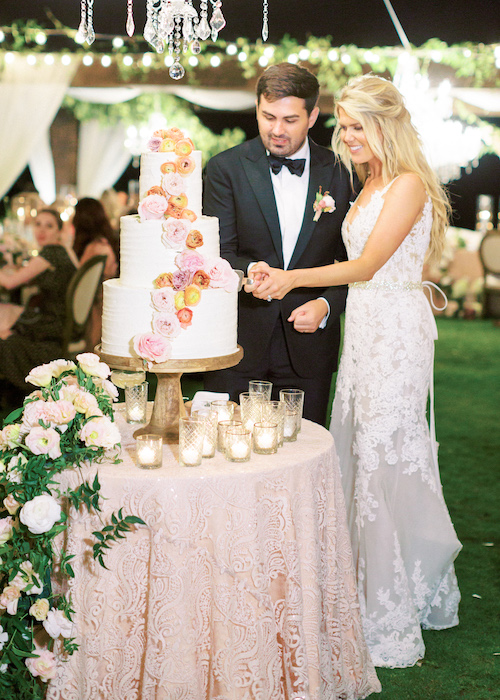