What does it take to be named 2020 Luxury Car of the Year by auto reviewers? How about bespoke luxury that equals or surpasses every other marquee, a reputation for quality and performance that stretches back a full century and all of the high-tech bells and whistles drivers might ever desire in their car.

If you want to know how a top speed of 207 miles per hour compares to other speed machines, consider the fact that today’s Formula One grand prix race cars top out at around 220 mph and the all-time Nascar record for zipping around an oval is 216 mph.

Yet the brain trust at Bentley says that speed wasn’t their main consideration in remaking the four-door vehicle.

“With the new Flying Spur, we set out to build a car that would connect with people on a more emotional level through its design and be supremely capable both as a driver’s car and for those who prefer to be driven,” says Hans Holzgartner, the British motorcar maker’s senior global product manager. “We didn’t set out to make the fastest four-door sedan on the planet, but I suppose our founder W.O. Bentley’s words—‘To build a fast car, a good car, the best in its class’—still resonate with everyone working at Bentley. It’s just in our blood.”

So what’s all that speed going to run you? The Flying Spur starts at $224,000 on this side of the Atlantic. 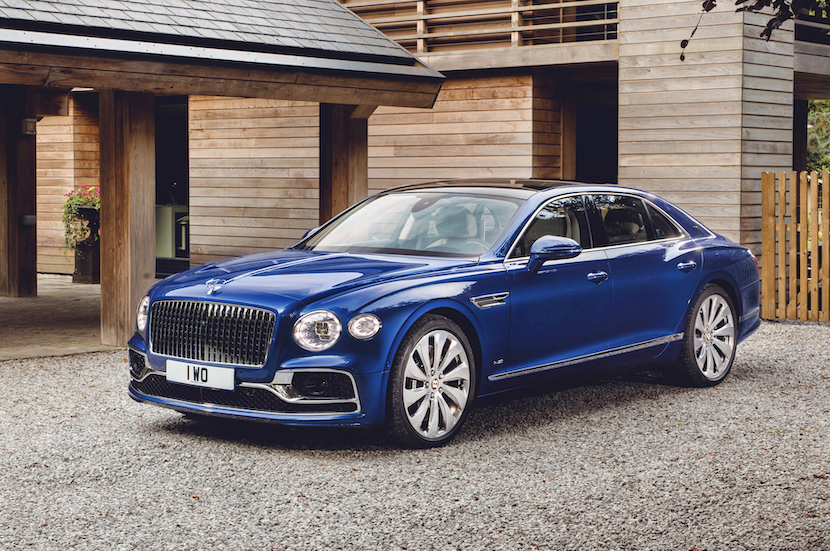 Extreme Makeover, Bentley Edition
Sleek, low slung and long like a limousine, the new Flying Spur is the latest iteration of a design revolution that’s gradually remaking the entire Bentley lineup. But the 2020 version is such an upgrade from the first and second generations that it’s a completely different beast. 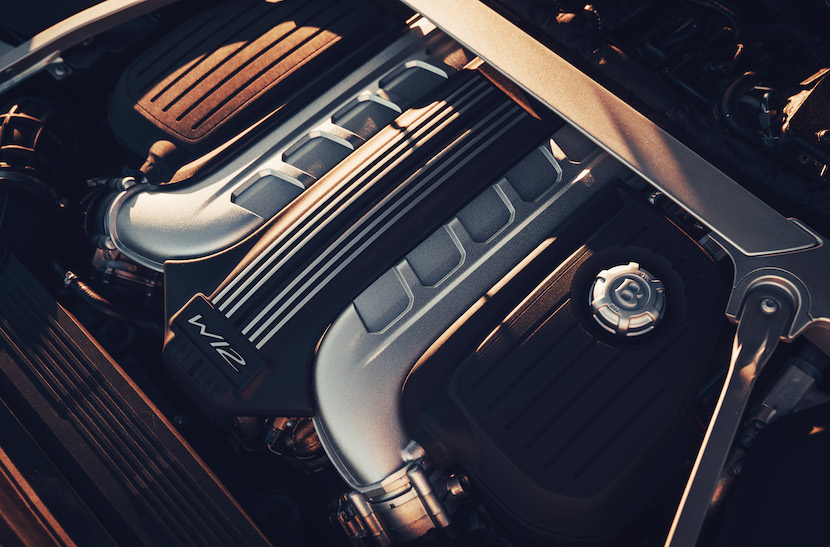 That Monster Under the Hood
How did Bentley get a sedan to surpass 207 mph and race from zero to 60 in a mere 3.7 seconds? By powering the new Flying Spur with a twin-turbocharged, 6.0-liter, 12-cylinder TSI engine that cranks out 626 horsepower and 664 lb-ft of torque. It also helps having an advanced, dual-clutch, eight-speed transmission. 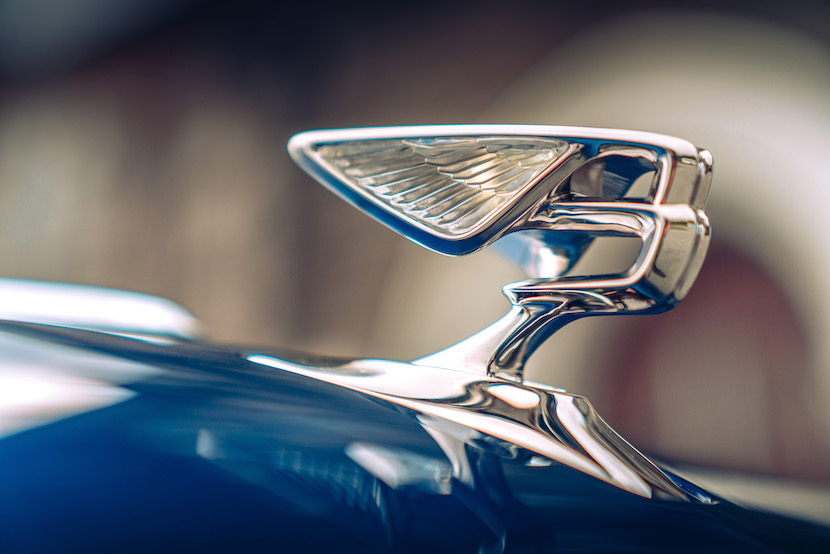 Flying B
Bentley’s famous “Flying B” mascot takes a giant leap into the 21st century on the new Flying Spur—it retracts into the hood beneath a Bentley badge, lights up at night and (just in case) meets pedestrian impact requirements. 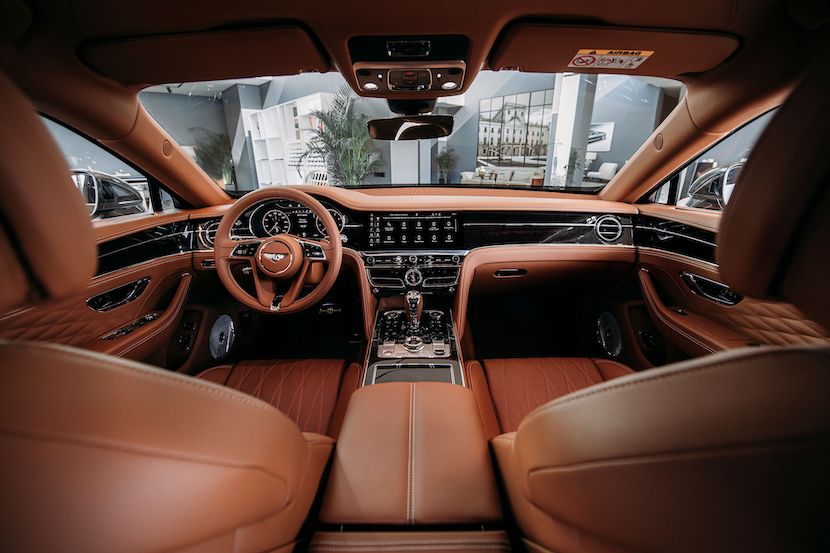 Posh, High-Tech Cockpit
Both front and rear seats boast heating, ventilation and massage functions. And because the wheelbase is 5 inches longer than the previous Flying Spur, everyone has more room to stretch out. The dashboard features a 12.3-inch touch screen with an infotainment system that can rotate to reveal a second panel with three analog dials or a third that’s just a simple-but-elegant wood veneer finish.