Filled with flickering candles and beautifully wrapped surprises, the winter holidays are all about sparkly magic, family and tradition. The same goes for the festive productions that take over theater stages this time of year, reacquainting us with the songs, plots and characters that we’ve known forever.

This year, though, the classics are joined by new holiday productions and much-anticipated premieres of new live performances that, while not holiday themed, are no less magical. Here are some of our favorites.

On the heels of the release of his first-ever holiday album—a festive mix of classic and new holiday songs—award-winning singer and pianist John Legend kicked off a seasonal, 25-show tour on Nov. 15. VIP experiences include prime seating, opportunities to meet with Legend as well as exclusive gifts. For tickets to shows in

Segerstrom Center for the Arts in Costa Mesa, California, Dec. 29

A Flurry of Nutcrackers

After composing “The Nutcracker” score in 1892, Peter Tchaikovsky wrote that he felt it was “infinitely poorer” than that of “The Sleeping Beauty,” which he had finished two years prior. Critics agreed, panning the ballet after its St. Petersburg premier. But the spectacular snow scene at the end of Act 1 worked its magic (it was the only part of the ballet to receive positive reviews), and despite the disappointing debut, “The Nutcracker” continued to be performed. It reached Europe in 1934 and the United States a decade later, where George Balanchine and the New York City Ballet transformed the work into an enduring classic.

Where to see it:

Whether you rocked out to “Rocket Man” in the 1970s or didn’t discover the wildly bespectacled crooner until you felt the love in the 1990s with “Circle of Life” from “The Lion King,” you owe it to yourself to see Elton John live, particularly since these Farewell Yellow Brick Road performances will be his final tour. 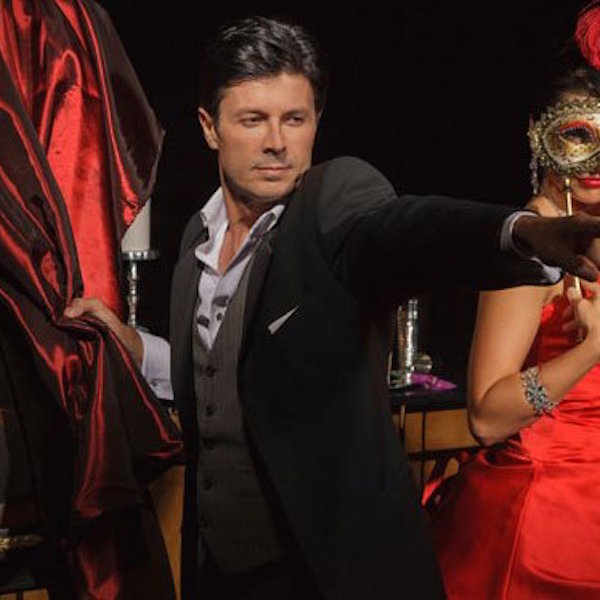 Set to a haunting score featuring the music of Vivaldi, Bach and Mozart, illusionist Ivan Amodei’s lush show, Intimate Illusions, breaks the mold for live magic shows, offering guests surprising insights while captivating   them with sleight of hand. Amodei is    one of  just a handful of illusionists to fool the famous magician-comedian duo, Penn & Teller, on their television program, “Penn & Teller: Fool Us.”

Ongoing at the  Beverly Wilshire, A Four Seasons Hotel    in Los Angeles

Part rom-com, part tear-jerker and part holiday classic, the world premiere of “Love, Actually Live” is a giant multi-media concert spinning together the stories of eight couples with hit pop and Christmas songs like “All I Want for Christmas is  You” performed live with an all-star cast and 15-[piece orchestra. Like the 2003 movie, and most family holiday gatherings, it will have you laughing, crying and hugging your loved ones.

Where to see it:

The Wallis Annenberg Center for the Performing Arts in Beverly Hills, California, Dec. 4-31

Emmy and Tony award-winning performer Kristin Chenoweth joins world-famous musical group, The Tabernacle Choir, in Salt Lake City for an evening of singing carols and other songs of the season at Temple Square Conference Center from Dec. 13-15.

Since its August 2018 opening, this classic story of mismatched love has continued to delight audiences. Performances of this Broadway show are ongoing at the Nederlander Theatre in New York City.

Feature Image: “The Nutcracker” as performed by the American Ballet Theatre (Photo by Doug Gifford)